The tournament placed NB VS NS as our first game. Although not reflective in the score (35-5) NB played some solid defence and came out very strong. The NS team went on to win gold and does comprise the majority of the Atlantic NWL(Naional Women’s League) Team. Our second game versus PEI was a success, pulling off a 10-0 victory. Day 1 ended with a 1-1 record. The team regrouped with a hydrotherapy session and BBQ at the Rundle’s in an effort to prepare for day 2. 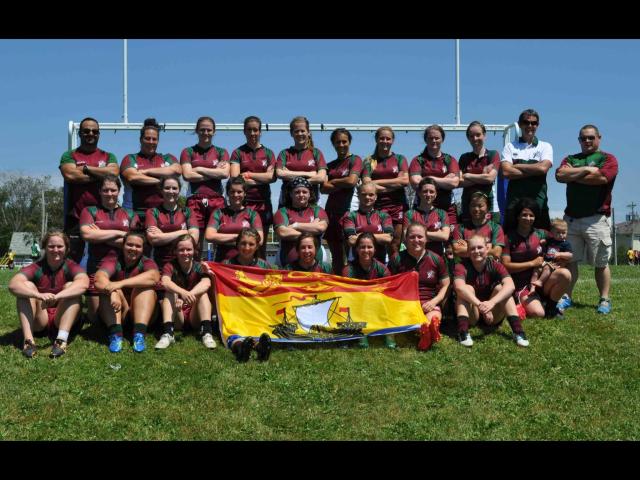 Day 2 saw us play NL, and this was a must win game for NB to stay in the gold medal round. Unfortunately for us NL’s backfield and specifically a deadly 15, was too much for us on the day. They exploited our spaces with some effective kicking tactics ultimately leaving us to fight for Bronze on day 3.

Confidence may have been set prematurely high as NB was determined to take home the bronze. After a controversial try (suspected knock-on)…This very close game had us down 13-10 with minutes to play. Two strong attacks almost put us the lead. A penalty near half against NB lead to another 3 point convert. Sadly this sealed our fate as we could not put together the last attack that we needed.

While the results overall were disappointing we are very proud of the program that we rebuilt just this summer after failed attempts to build a program last year. Olivia DeMerchant from NB has been named to the Canada World Cup roster and we have identified 6 elite players that will be worked into the NWL program for the future. Simon Pacey has asked that Ali Massoudi stay involved with the selection committee for NB elite Athletes as we build the Provincial program to feed our National team.

I am also proud to say that 12 of the travelling team members were Black Tide Reps.