Unbeatable? Moncton High Girls are off to a strong start.

The Moncton High School Girls team came on strong last year and have now really put their foot on the pedal. 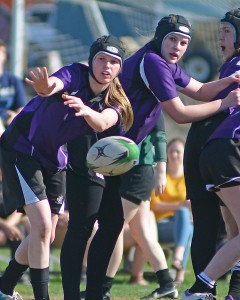 Already this season they have got the best of RHS and BMHS. During the exhibition season they also got a win off of ODC. Moncton High have had the answer to every question put to them so far this year. The most challenging part is that they will likely have to defeat some of these teams again. 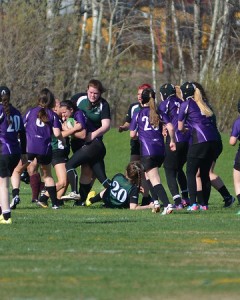 The exhibition win vs ODC was a preview of next Monday’s rematch.  Beating a good team once is tough, doing it again even tougher. No tougher task may exist than should MHS have to face BMHS again, potentially in a provincial final.  MHS have so far drawn a tie and gotten a victory off of the provincial champs and have snapped their 16 game win streak.  Beating them again would be a monumental task. 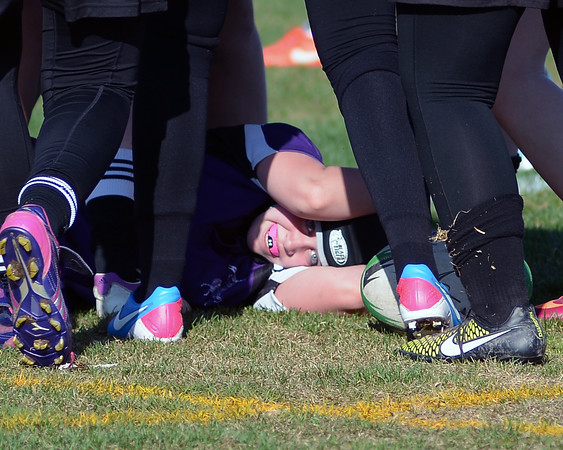 It may be fine for us to look forward in anticipation of a BMHS vs MHS final, but in the meanwhile MHS continue to take care of business. This past Wednesday saw them host MVHS. MVHS brought a really good young team and looked similar to how MHS looked a year ago. 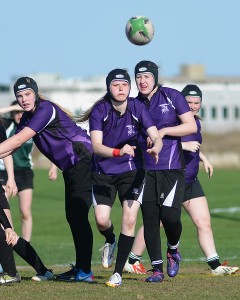 The MVHS back line was very quick and  their 10 and 12 broke the MHS line on more than one occasion. The unfortunate thing may have been that they had only 18 players available and the long drive and warm playing conditions took its toll. MHS only really managed to put the game out of reach in the last 20 minutes when Jayde Olscamp(NB U18) at 10 ran in 2 tries and Haley Hasson at 12 ran in another off of a line break from half.

MVHS got a well deserved try in the last 5 minutes of the game through sustained pressure on the MHS goal line. This was a good game played by both sides and some really exciting running rugby on both sides. MHS Captain Megan LeBlanc had an outstanding game at 8 and although she did not get on the score board she led from the front with many strong breaks including a well worked move that saw her take  the ball from the back of a scrum and run a double scissor move with 10 and 12 and then break up field for a 30m run. I like to call that the D.D.R.(Dummy, Dummy, Run!)

Thanks to Coach Olivier for information related to the MVHS game and Don for the pictures: donrob.smugmug.com

1 Response to Unbeatable? Moncton High Girls are off to a strong start.