In the North East today we have two final girl matches:

1. Riverview High School @ École Mathieu-Martin: This game is a win or go home scenario for RHS, as all games have been, since dropping the first game of the year to Moncton High. 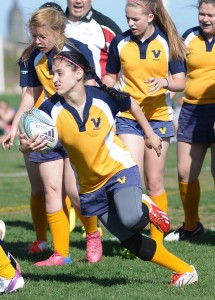 The goal for RHS at this point is to make it to the provincial finals and earn a rematch against MHS, but first they have to ensure they succeed on the day at EMM.  A win for EMM would not only be great for their school, but École L’Odyssée would also be big winners, as it would propel them into a playoffs. 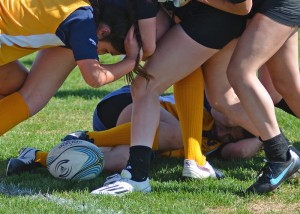 There is a general consensus that no one is interested in playing ODC again.  MHS managed only a tie in a game where ODC lost star flanker early in the game and RHS earned a win over ODC by the narrowest of margins and required a “held up” call in the RHS try zone during the closing moments to win the game.

Although EMM cannot make the play-offs, they can certainly have final say on who will.  The team has been improving every game behind the “Parisse” like play of their 8 man.  Playing their last game of the season on home field, there is no doubt EMM will play an intense game.

2. Bernice MacNaughton High School @ Miramichi Valley High School: Last year Provincial Champs have had to face the best from each team they played.  When you are the champions, everyone brings their best game against you.  MVHS will be no different.

BMHS are looking to close the season strongly and are hopeful for a victory.  Otherwise, the vision is looking forward a year and the outlook is optimistic.  BMHS have some key players completing grade 11 this year, meaning they will be available next year at peak form.  In addition they have other young talent which will ensure their program is consistently competitive.